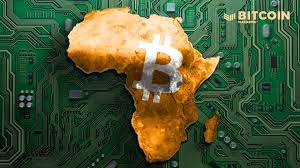 The continent recently surpassed North America in bitcoin P2P trading volume, having transacted $18,073,777 worth of BTC in the last seven days.

Africa has become the continent with the largest volume of bitcoin peer-to-peer trading in the world, according to data from analytics platform UsefulTulips. In the past seven days, the continent’s $18,073,777 negotiated in LocalBitcoins and Paxful surpassed North America, the previous leader, that traded $17,540,134 worth of bitcoin in peer-to-peer platforms.

Although the data is harvested in absolute numbers, not weighting it for each region’s individual and collective wealth measures, it shows how strongly bitcoin adoption is increasing in emerging markets. While financially privileged investors in developed countries often dismiss bitcoin’s usage as a currency or see it solely as a store of value, those in less-privileged regions who usually face strong currency debasement or limited access to the traditional financial system show how vital bitcoin can be and the real-world problems it can solve.

This reality is further reiterated by Chainalysis’ recently released global bitcoin adoption index, which demonstrated how bitcoin is entrenching into the countries that actually need it the most – not the ones that see a money-making opportunity in it. By weighting each country’s Bitcoin activity to prevent it from skewing to favor developed countries’ huge institutional trading volume, the index found that the greatest leap in adoption by ordinary people is in emerging economies – who focus on saving in and transacting with bitcoin.

There are three African countries in the index’s Top 10 rank: Kenya, Nigeria, and Togo. Since the index weights each country’s on-chain value received and transferred and P2P trading volume to their purchasing power parity (PPP) per capita, it found that Africans employ Bitcoin for many use cases, including storing and exchanging value daily. The study also found that institutional players have been the ones to mainly power adoption in North America, Western Europe, and Eastern Asia.

The inevitable upsides to bitcoin adoption for a nation-state and Africa’s increased bitcoin adoption and trading volume make the continent ripe for embargoing on a Bitcoin standard. As more and more people and their countries realize Bitcoin’s antifragility, scarcity, decentralization, non-discrimination, censorship resistance, predictable monetary policy, and open-source code, more can we expect various use cases to arise in the five edges of the globe and countries to adopt it as their base currency – for their people’s sake and their own.