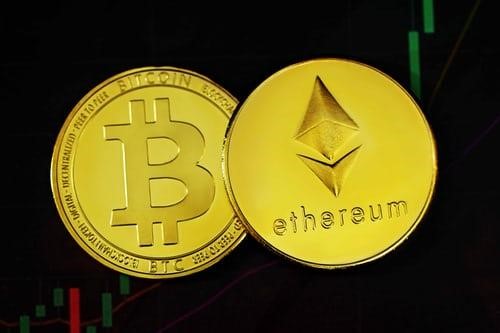 Since its launch in 2009, Bitcoin has become the leading digital asset in the crypto space. Similar to Bitcoin, Ethereum is another digital token that has experienced massive growth since 2015. If you are in any doubt regarding the status of these digital assets, consider these quick facts.

Without a doubt, it is evident that both digital assets have experienced significant increases in value and market cap over the past five years. These tokens also share many other similarities. For example, they are both decentralized assets, which means that they are not issued or regulated by a central authority or central banks.

Additionally, both assets are built on distributed ledger technology, popularly referred to as blockchain technology. Despite their similarities, these digital assets offer different services to their users. Before considering some of these differences between Bitcoin and Ethereum, let us briefly consider features that make both tokens unique.

Launched in 2009 by Satoshi Nakamoto, Bitcoin is the first digital currency to be created globally. Like fiat currencies, Bitcoin, too, can be used to transact for goods and services. As a result, many top brands and platforms have adopted it as a payment system. Some of these platforms include Microsoft, Starbucks, Rakuten, PayPal, and Twitch.

Due to Bitcoin’s decentralized nature, the digital asset cannot be regulated by centralized authorities such as banks or governments. The asset also offers direct peer-to-peer transactions to users without the need for intermediaries. This feature makes it possible for users to send Bitcoin to different parts of the world without the need for traditional banking or cross-border remittance fees.

Bitcoin transaction fees are fast, and transaction fees attached to the digital asset are very cheap. Additionally, the asset uses a public ledger that is secured by strong cryptography. As a result, all transactions involving Bitcoin can be tracked on the Bitcoin ledger. The benefit of this digital currency is that it offers users more freedom and control over their financial transactions.

Many top personalities worldwide have lent their support to Bitcoin due to the benefits attached to the digital asset.

Additionally, the Bank of Singapore recently suggested that the bank consider replacing gold with Bitcoin as its store of value.

The Ethereum network is a decentralized blockchain network that is powered by its native token Ether. The Ethereum project began in 2013 with the release of the project’s white paper. The founding members of the Ethereum project include Vitalik Buterin, Charles Hoskinson, Jeffrey Wilcke, Mihai Alisie, Anthony Di Iorio, Gavin Wood, and Amir Chetrit.

The goal of the Ethereum network is to create a unifying and decentralized platform for all decentralized applications. However, instead of using a central authority to enforce rules on the platform, the project’s founding members came up with a simple yet brilliant solution.

The application of these rules will be carried out by smart contracts, nullifying the need for central authorities or intermediaries. However, in cases where new rules have to be made for the platform, members of the Ethereum community are consulted. Each community member has voting rights and is crucial to determining the direction that the network takes.

Similar to Bitcoin, the Ethereum network allows users to make transactions on its network. However, the network offers more services to its users. For example, users of the network can earn money by staking their digital assets. Also, users can store and use their nonfungible tokens on the network and play games.

Similar to Bitcoin, the Ethereum network has been adopted by some of the world’s top business platforms. For example, top US bank JP Morgan plans to launch a digital currency pegged to the USD on the network.

Differences Between Ethereum And Bitcoin

As previously stated, there are several differences between Bitcoin and Ethereum. These differences stem from the use and scalability of both digital currencies. In terms of its use, Bitcoin was designed primarily to serve as a digital currency. This means that the Bitcoin network was only created for Bitcoin.

In terms of scalability, Bitcoin is very limited. As a result, the Bitcoin network struggles to handle large transactions over a short time. The Ethereum token edges Bitcoin in this regard and offers more scalability to its users.

Another difference can be seen in the total supply of both tokens. Bitcoin has a maximum supply of 21 million coins, and its total supply makes the token a perfect store of value. Compared to Bitcoin, Ethereum does not have a fixed supply of tokens. Instead, ETH currently has a circulating supply of about 117,442,616.25 coins.