Blockchain technology has become one of the IT buzzwords in the last few years. It is being used by numerous industries such as gaming, fashion, healthcare, finance, supply chain, etc., to optimize their workflows, processes and even build new, disruptive ones.

According to a report by Accenture, blockchain can reduce 30% of banks’ infrastructure costs. Furthermore, it is expected that the investment of integrating blockchain into healthcare would be about $5.61 billion by 2025. Also, according to International Data Corporation, the global spending on blockchain would be about $19 billion.

Although this computer science field is in its beginning stages, it has made a significant impact in several IT and non-IT industries across the globe.

IBlockchain is a vast field that includes niches such as cryptocurrencies, smart contracts, and more. The sheer amount of innovation that’s possible within this field is quite fascinating to me.

Do not have time to read now?

In fact, while exploring and dabbling with this subject for quite some time, I saw a surge in the field’s growth. This was in terms of the number of new users, developers, projects, companies debuting into the field to solve real-world problems through innovations.

However, I also realized that a majority of the population isn’t part of this so-called revolution. It mainly stems from two reasons:

So I thought, why not document my learnings as a guide or handbook on blockchain technology in 2021 for everyone. Whether you’re a newbie or someone who has been in the industry for a long time, you can use this handbook as a reference whenever you need to brush up on your basics and understanding of the subject. 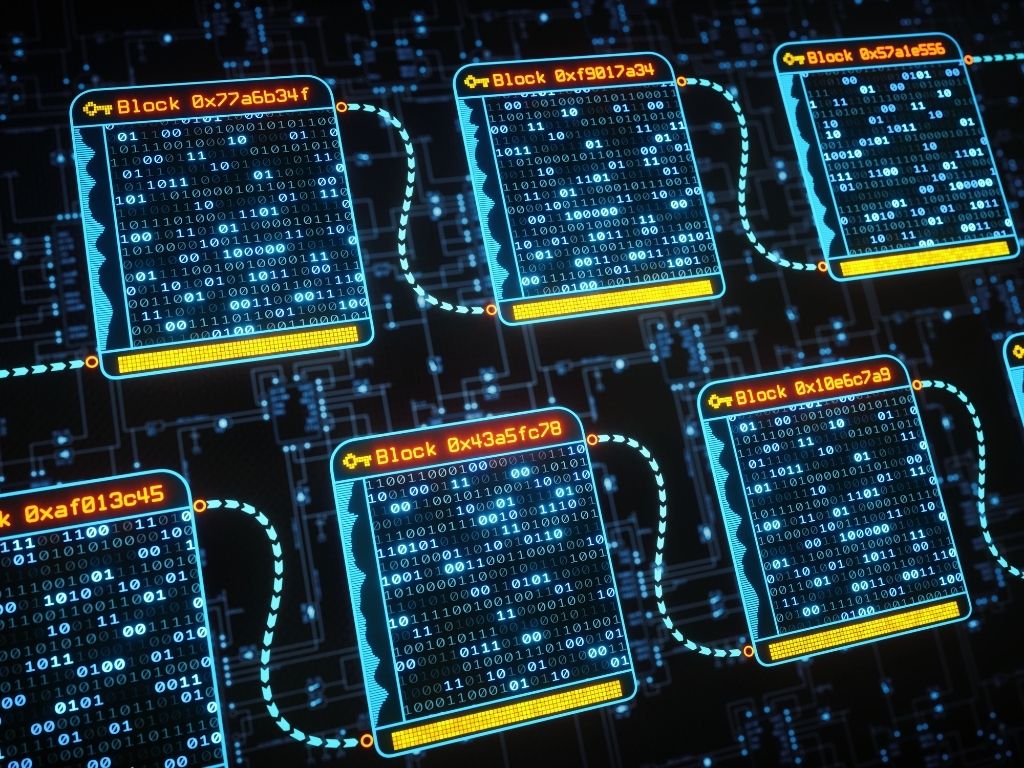 Blockchain technology is essentially a decentralized ledger that stores transaction records in a distributed manner and enables tracking business assets.

Let’s take the traditional financial system as an example. If you have to perform any transaction, such as sending or receiving money, the transaction will go through the bank. This bank would have a central server/storage where it keeps the transaction record.

In contrast, think of blockchain as a decentralized server where transaction records are stored. There are no intermediaries such as banks or other authorities through which the transaction has to pass.

To understand how it is possible to have a decentralized ledger, we must know how it works. But before that, let’s dive into the history.

Blockchain technology was first conceptualized in 1991. The idea was to use this technology so that the timestamp of documents could not be altered. Post this, the technology did not gain much traction until 2008. 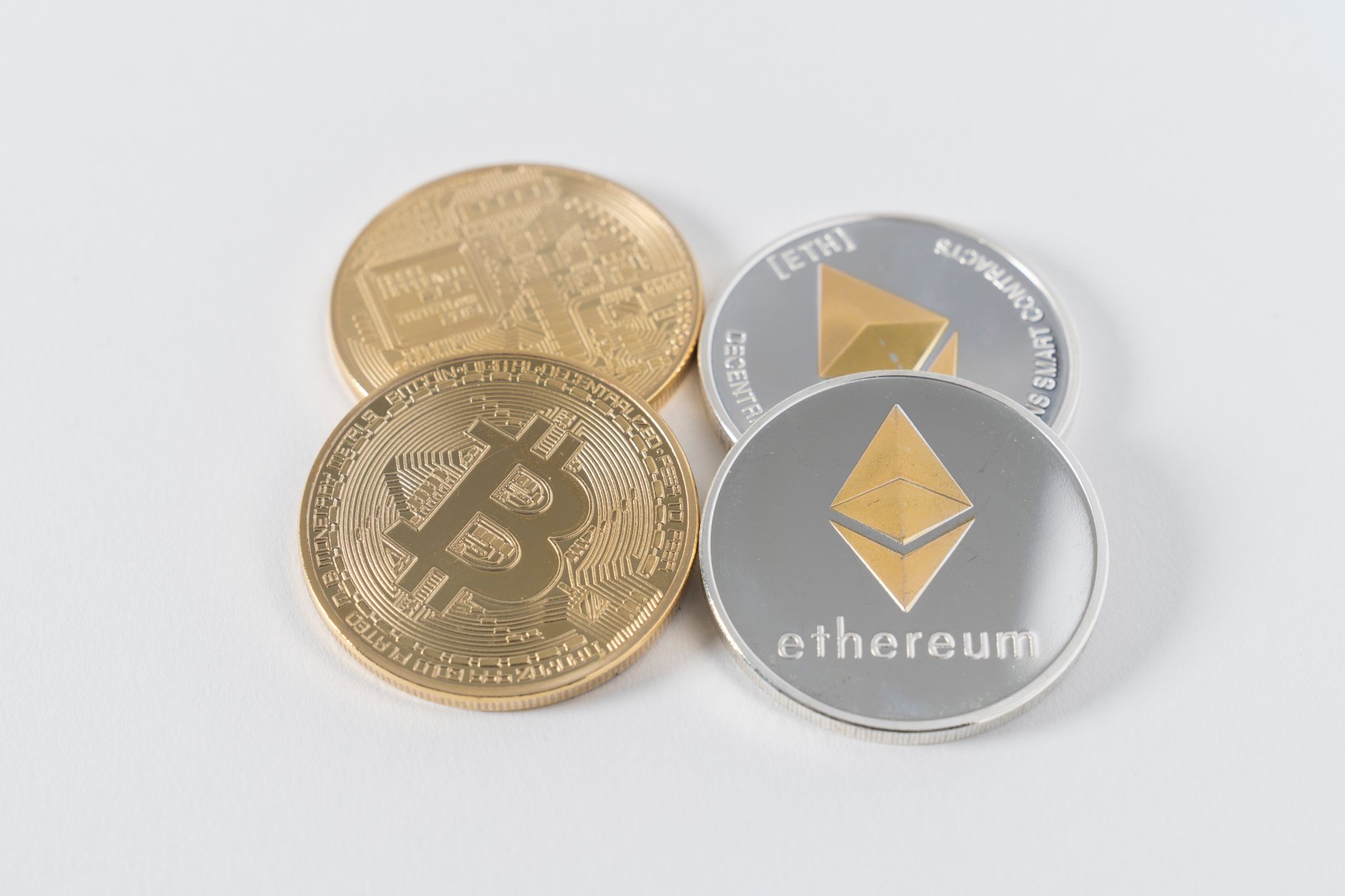 In 2008, Satoshi Nakamoto presented the whitepaper for Bitcoin – the very first cryptocurrency. The aim was to create a digital currency that wouldn’t require central authority such as banks, governments, or other intermediaries. Transactions could be carried about over the Bitcoin blockchain network directly between two parties. These are known as peer-to-peer transactions.

An interesting aspect of this is that nobody knows the identity of Satoshi Nakamoto. It could either be an alias of one person or a group of people who worked on the Bitcoin blockchain.

Once this happened, blockchain became known for cryptocurrency transactions.

Cryptocurrencies are essentially digital currencies. There are different types of cryptocurrencies, and one of the primary types is Bitcoin.

Essentially cryptocurrencies are merely one niche or application that leverages blockchain technology as its base.

Initially, after the invention of Bitcoin, blockchain became famous for these types of cryptocurrencies and their transactions. However, later on, there was another major shift in the industry. 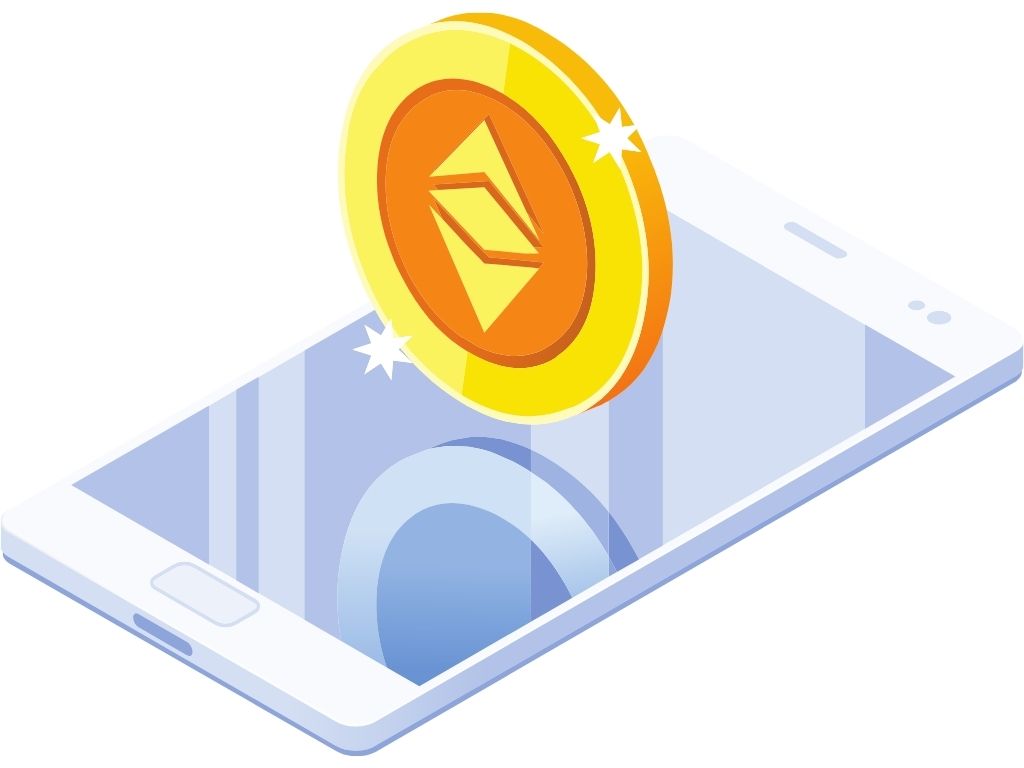 In 2013, Ethereum began with an aim to make blockchain more dynamic and flexible to perform more functions. Its most significant feature was smart contracts. Smart contracts are essentially codes that can automatically execute a set of instructions based on specific criteria when an event occurs. These criteria can be written into the lines of code.

For instance, you are maintaining an inventory at a grocery supermarket. Every time the stock runs out, you have to manually check and then place an order to refurbish the stock. With smart contracts, this process is automated.

Your inventory details will be fed into the smart contracts, and the stock of various items is constantly changing as people buy more of those. Once that number becomes zero, the smart contract will automatically trigger an action that places an order for fresh stock of the item.

These are smart contracts, and they can be used for several other purposes such as loan application and approval, use cases in healthcare, fashion, and other industries.

With smart contracts, more and more industries could leverage blockchain technology. But this wasn’t it. Since 2018, numerous niches have boomed. Some of these are NFTs, blockchain gaming, etc.

Besides these, numerous other blockchain projects are being developed and leveraged for different types of use-cases. Each of these is used to solve real-world problems via blockchain.

Today, the blockchain industry has come so far, yet it’s just the beginning. Blockchain technology promises a future where workflows and processes across industries are optimized and can accomplish so much more such as autonomous systems, inclusivity, employment opportunities, democracy, etc.

How Does Blockchain Work?

Let’s say person A sends cryptocurrencies (We’ll be covering this later in this article) to person B over a blockchain.

Now, this transaction is recorded as a block of data. This block consists of the following data:

The hash of the block is the unique ID with which every block is identified. If you’re wondering how this unique ID is assigned, it’s relatively simple.

The hash is essentially a fixed-length string calculated using the data within the block. Thus, all the data such as the amount of cryptocurrencies, the address of both parties, and the previous block’s hash are encrypted into a hash using a complex mathematical function.

So when this block enters the blockchain network, it needs to be verified and validated for its details. This process is known as a consensus protocol.

A network will have various nodes. Each node is a user with a system that is part of the blockchain. When a new block comes into the network, a node verifies its details by performing complex mathematical calculations.

Once it does so, it sends out a signal to other nodes in the network that validate this verification process. After this, the block is added to the blockchain by connecting it to the previous block.

This process repeats for every transaction. 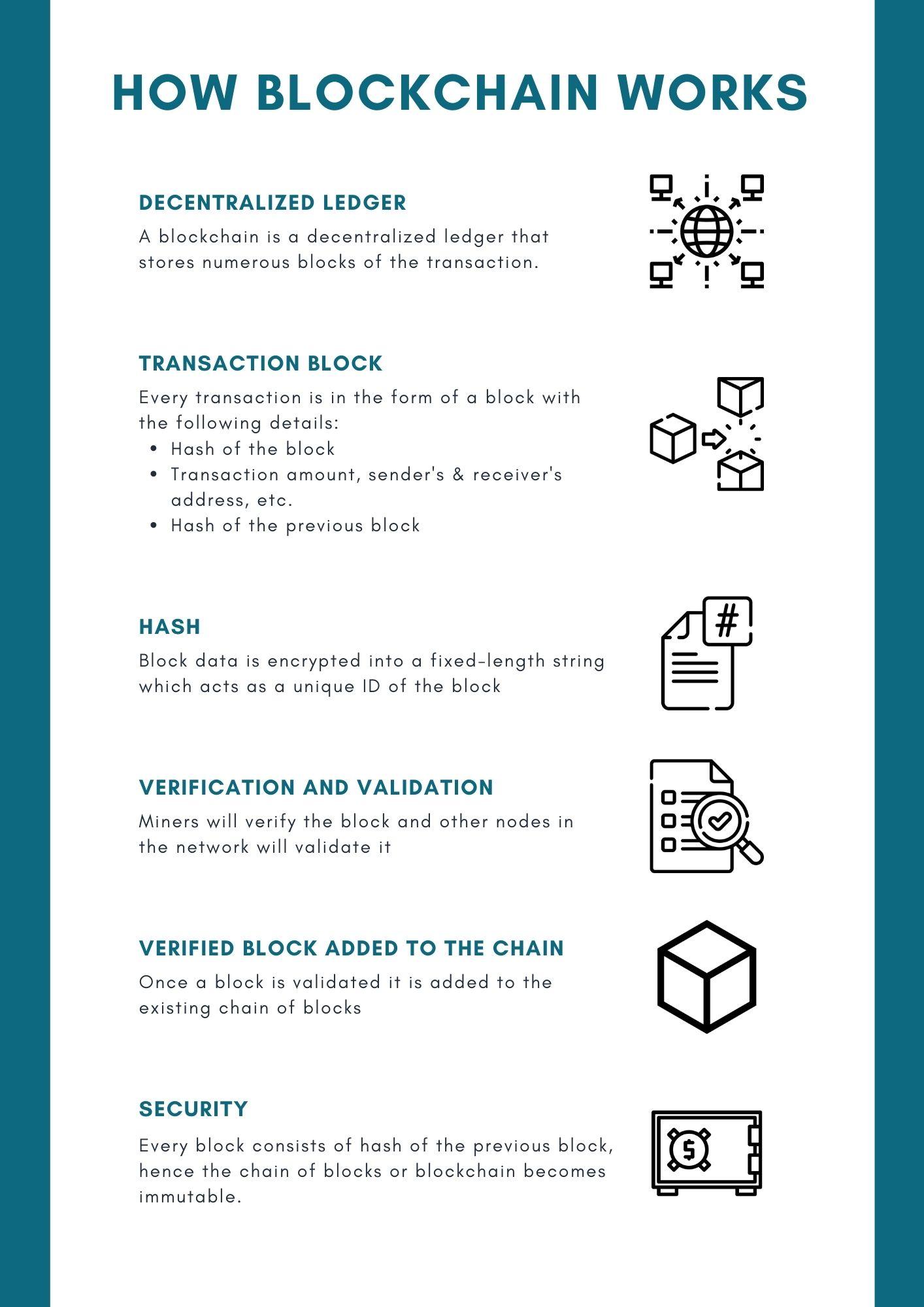 How Does Blockchain Possess Higher Security?

Before I explain it, here’s a small video that can help you understand why blockchain is more secure than traditional record-keeping system.

The blockchain mechanism works such that every block is linked with the previous block. Here’s how. The current block’s hash is calculated using the hash of the last block and other details.

This means if anyone decrypts even one block and tries to modify the information within it, the hash would change, changing the subsequent blocks’ hash. Now, trying to modify all the blocks for consistency throughout is a pretty tedious process.

This feature of the blockchain makes it almost immutable and tamper-proof. Although there have been instances when people have successfully tampered with blocks, it is still more secure than the traditional system.

Security is just one of the benefits of blockchain technology. However, before we discuss those, let’s go back to understand how it began and the vision behind this technology that today seems disruptive.

With the progress of blockchain technology, it has provided some significant benefits to users while exposing the inefficiencies of the currency systems.

The conventional financial systems or any other system do not have much transparency. Blockchain gives us that transparency, thus building trust between any two parties.

The decentralized structure makes the complete network more secure than the conventional systems.

Blockchain has given rise to numerous projects and applications that democratize processes in industries. One example is the NFT space, where anyone and everyone can now showcase their work on online places called NFT marketplaces and reach out to audiences who live halfway across the world.

By employing blockchain, the costs for intermediaries and unnecessary stages can easily be eliminated, thus making the complete process pretty cost-efficient.

Blockchain technology has given users more independence and autonomy over the assets they own. This can be cryptocurrencies, NFTs, assets within projects such as blockchain gaming, and more. 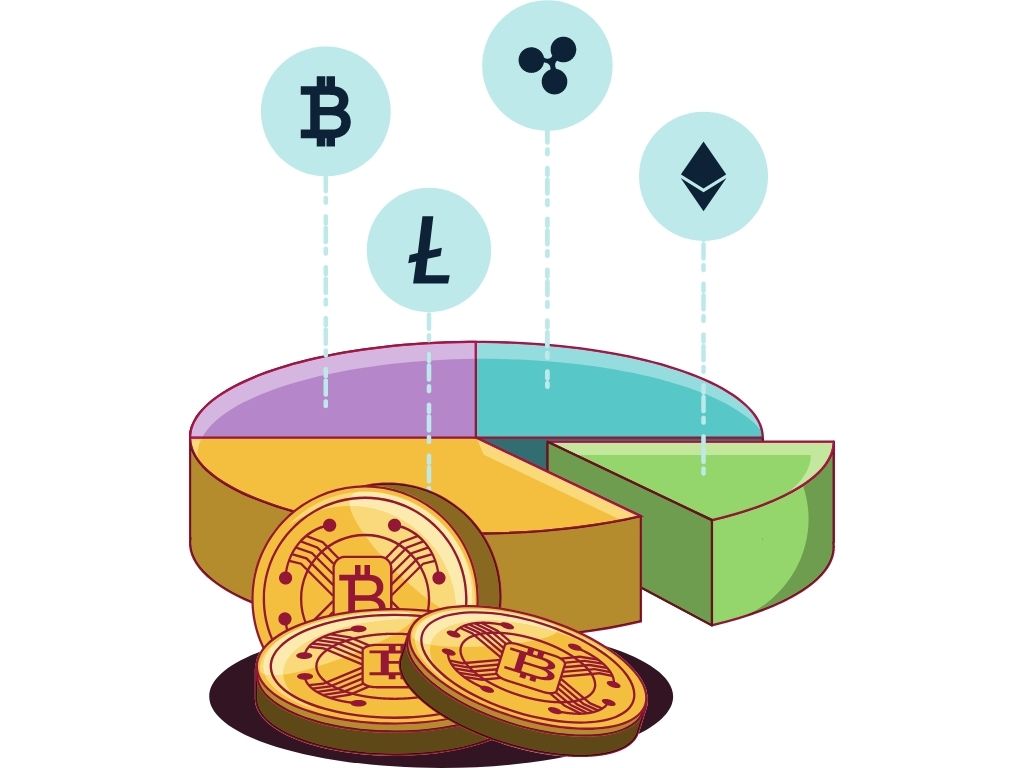 Blockchain technology was first used as a base to build cryptocurrencies. Then, bitcoin was the first cryptocurrency built to be used as a payment method to buy products and services.

However, Bitcoin had numerous cons, such as inefficient use of resources in its Proof-of-Work consensus protocol, absence of smart contracts, etc. This led to the invention of Ethereum, which hosted smart contracts on its blockchain network.

Ethereum became a platform for developers to build their decentralized apps (dApps), and ETH became the cryptocurrency to facilitate all operations on these dApps.

A couple of examples of cryptocurrencies and their purposes are as follows:

Furthermore, cryptocurrencies such as Bitcoin have been adopted by companies such as WordPress, Paypal, etc., over the years. Recently, Amazon and Apple announced positions to build blockchain plans for their payment verticals to accept cryptocurrencies.

In countries such as Nigeria, Kenya, and Zimbabwe, cryptocurrencies are of great significance since they enable people to live their lives off of cryptocurrencies. This is because the financial systems have been unable to reach the people and are inaccessible to a majority of the population. Hence cryptocurrencies, especially Bitcoin, are pretty popular amongst the people in numerous countries across the African continent.

With these significant developments, the future for cryptocurrencies looks pretty promising. 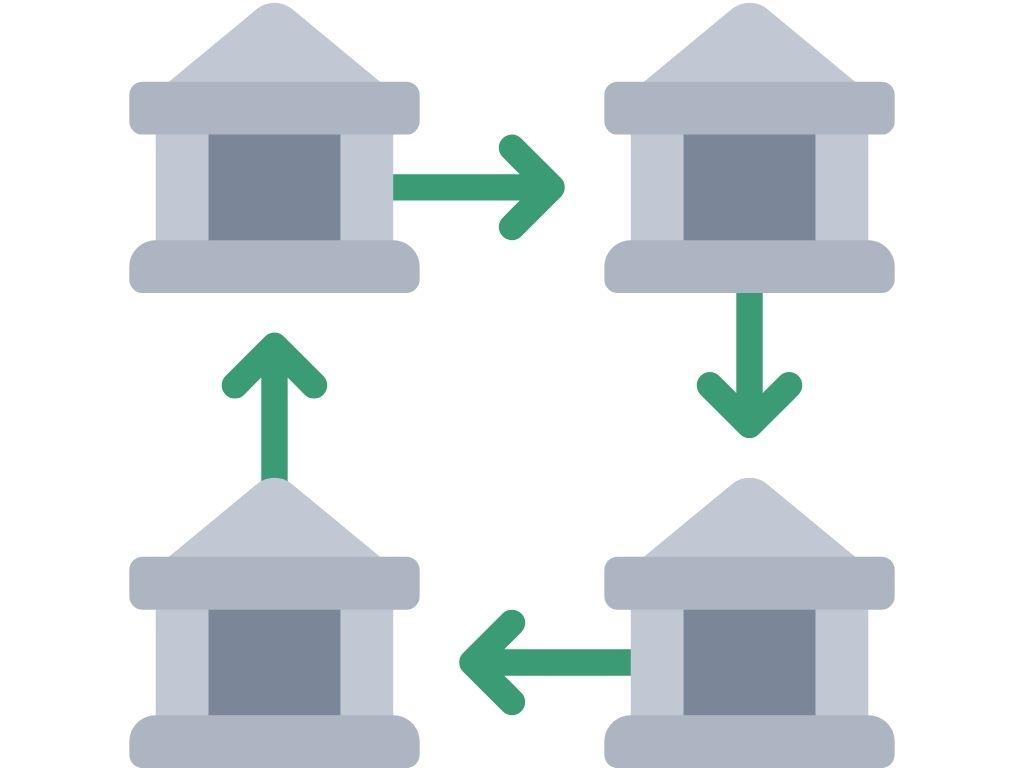 Blockchain technology is also being used by banks for interbank reconciliation since there are numerous drawbacks in their current systems. These include:

Blockchain networks such as Ethereum can solve these issues by creating systems that connect various banks. Challenges of security and privacy are instantly solved due to the blockchain structure itself.

Other issues such as cost and transaction rate are solved in the following ways. With blockchain systems in place, the necessity for intermediaries is eliminated. Hence a significant amount of money is saved there. These systems also become much faster than human-driven intermediary systems.

Furthermore, the system is built to be scaled for more users quickly, and the banks do not have to go through a lot of hassle to get these new users added. 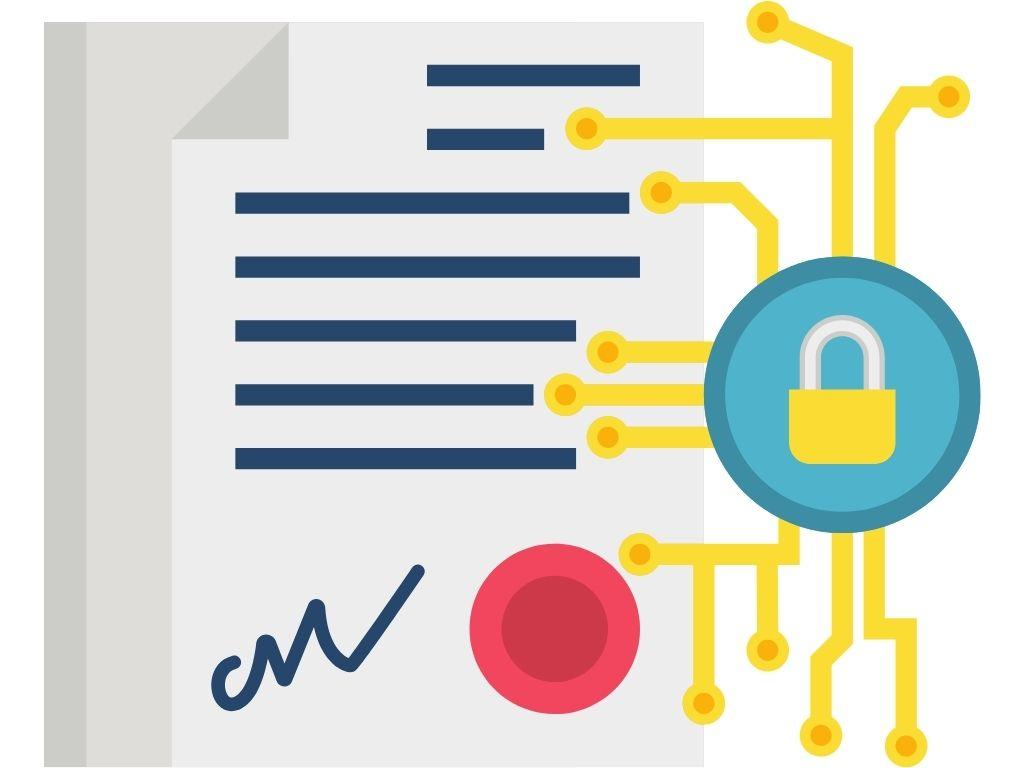 One of blockchain technology’s most prominent features has been smart contracts. Smart contracts have found their usage in numerous DeFi platforms where yield farming, borrowing, lending, etc., are facilitated. All one has to do is deposit the necessary amount and keep earning a passive income.

Like other blockchain niches, even smart contracts are in their early stage, and their potential is yet to be fully tapped.

Here’s a small interview between Don Tapscott, author of Blockchain Revolution and Mckinsey, where Don describes how blockchain could disrupt industries and the system as we know it.

So, this is the complete handbook that can give you a brief overview of blockchain technology. From here, you can delve deeper into its various niches, such as NFTs, cryptocurrencies, blockchain gaming, DeFi, and more.

Blockchain in 2021 is known to be one of the fastest-growing industries in IT and, for now, shows no signs of slowing down because potential is astronomical, and we’ve just begun.

If you haven’t experimented with blockchain technology, it’s time you become a part of the revolution and if you have why don’t you tell us about your experience and thoughts on this technology?