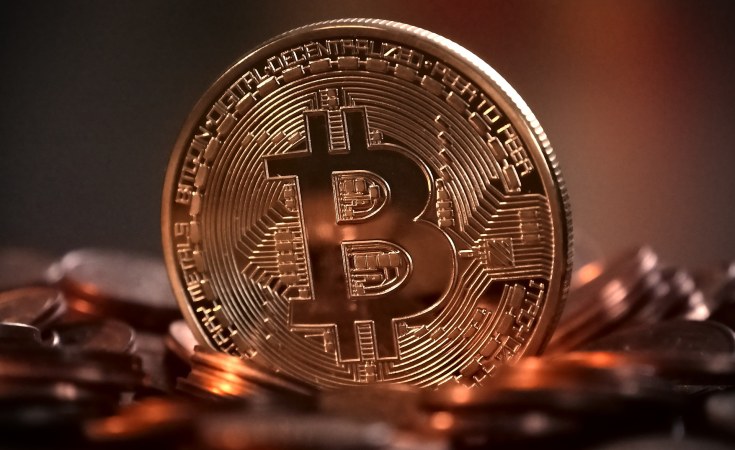 Hyperinflation is a menace that has left many countries economically devastated. The most recent examples include Argentina and Venezuela. In Africa, Zimbabwe has been hit most by inflation. According to the CATO Institute, the South African country topped 50% inflation per month in 2007 before deteriorating to an annual rate of 89.7 sextillions (10^21) in November 2008. This rendered the country’s fiat currency completely useless.

South Sudan has also been a victim of hyperinflation since 2008. In fact, the inflation rate has, according to tradingeconomics.com averaged 75.61% until 2021. In September 2016, the rate reached an all-time high of 549.4%

High inflation rates continue to linger on in Zimbabwe and South Sudan up to date. In fact, many people abandoned their local currency for other currencies such as the US dollar. But the dollar is not without its own problem. In fact, the US dollar is faced with looming inflation.

Cryptocurrencies Can Help to Store Value

Countries in Sub-Saharan Africa faced with the risk of hyperinflation are capitalizing on cryptocurrency and blockchain technology to deal with the problem. Turning to other fiat currencies can’t solve the problem in its entirety. In fact, many crypto projections predict that Africa will have one of the fastest growing adoption of cryptocurrencies in the world due to high inflation which is a big issue in most African countries.

To put this into perspective, Zimbabwe introduced the Real Time Gross Settlement (RTGS) Dollar to curb hyperinflation. RTGS is a currency introduced by the government as part of its monetary policy to curb inflation. While the government-produced currency is credible, it was not enough to solve the whole problem.

For instance, the RGTS lost a fifth of its value one month after its introduction. Worse still, if the system collapses, it will take eons to build again afresh. Besides inflation, many African countries like Nigeria have also been affected by economic recessions. The covid 19 pandemics have only exacerbated the situation. In fact, many countries have resorted to devaluing the currency. For instance, Nigeria devalued its currency by 7.6% in 2020.

Inflation has also affected South Africa, the economically leading African country, that has reported the inflation rate of 4.3% in 2021. While this rate is not as high as in other African countries, it’s still something that can cause headaches to investors with a lot of ZAR in their bank accounts. Some of these people have decided to solve this by trading forex with no deposit bonus in South Africa, others have decided to invest in Bitcoin to store the value of their money.

Summing this up, the massive loss of value coupled with an acute shortage of dollars has forced people to look for all kinds of alternatives. Blockchain-based cryptocurrencies have proved suitable for circumventing the loss of confidence in local currencies. Unlike fiat currency, cryptocurrencies are not susceptible to country-specific inflation. For instance, Bitcoin has grown 252% in 12 months, while many fiat currencies have actually lost value due to inflation. This makes Crypto an ideal means of storing wealth and value.

Remember, hyperinflation is characterized by low value or valueless fiat currency due to uncontrolled money printing. Unlike conventional money, you can’t increase digital currencies at will.

Crypto transactions happen over a decentralized and distributed public ledger. Blockchain technology enhances security by making transactions tamper-proof. In other words, it is almost impossible to alter or destroy the virtual public ledger. In addition, many major cryptos have a cap. For example, Bitcoin has a limited supply of 21 million. These features solve the main weakness of fiat money- discretionary printing- which causes hyperinflation.

What’s more, adopting cryptocurrencies will also help to deal with the bane of corruption. It introduces a more transparent financial system, unlike the central bank’s monopoly on printing and regulating money circulation. Moreover, mainstream adoption of Bitcoin could save the continent massive amounts in remittances. According to the World Bank, the Zimbabwean diaspora spends up to $90 million in remittances fees.

With high inflation, trust in government policy and national currency plummets. Due to the loss in faith of central bank-issued currencies, people turn to Bitcoin as a store of value, increasing cryptocurrency adoption. Therefore, high inflation rates systematically affect the adoption of cryptocurrencies.

Additionally, cryptocurrency transactions are relatively lower. The technology also enhances financial inclusion because anyone with the internet can transact. By using technologies such as smart contracts, cryptos create an open financial system.

Boost the Economy and Cut Reliance on US Dollar

Inflation creates an economic crisis as citizens hold onto the remaining value of their local currency. Blockchain-based cryptocurrencies provide the silver lining to tackling the hyperinflation problem in Africa. The tech boasts transparency and can help enhance public finance management.

Therefore, adopting cryptocurrencies helps restore consumer and business confidence. This, in turn, boosts the economy and brings in more taxes. Moreover, it helps avoid being constrained to using dollars for export and import.

Blockchain technology is transparent and is not susceptible to alterations or destruction. It’s a plus of tackling inflation and boosting eCommerce. Despite the massive potential of crypto-assets, most African countries are bystanders in the crypto conversation. Some are doing little or nothing about digital tokens adoption and regulations.

With dwindling value and confidence in fiat currency, the case of crypto adoption is even stronger. That said, some African countries like South Africa have adopted digital currency for payment, storage, and investments. They have even enacted regulations supporting crypto and local exchanges, a factor that can boost its thriving monetary system.

Cryptocurrencies are great assets for storing value in inflation-prone countries. What’s more, the 1.2 billion people-rich Africa market is set to overtake mature democracies accounting for 50% of all cashless transactions. Therefore, blockchain technology should not have come at a better time. It is time to give it a chance to succeed.