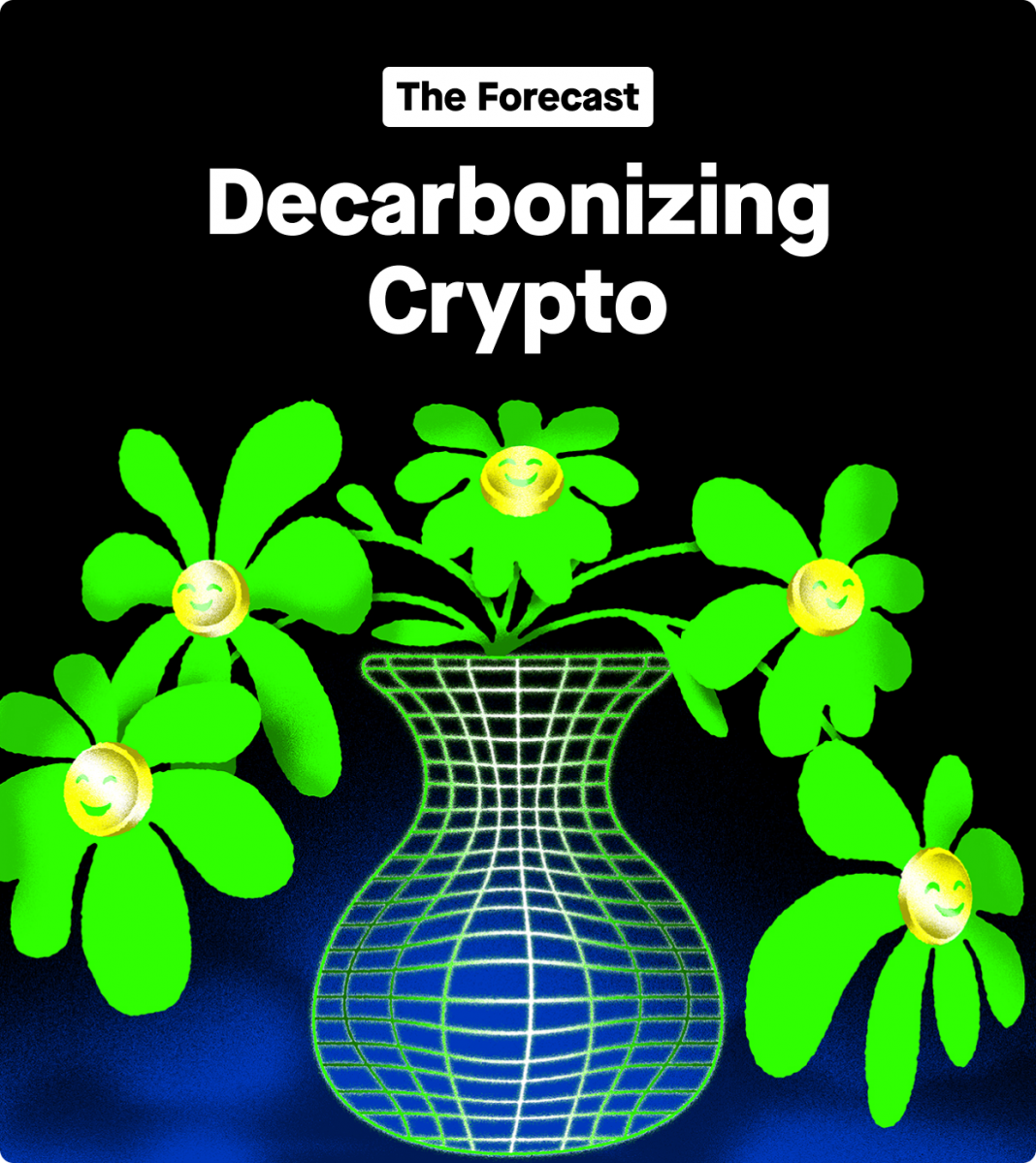 Nigeria’s sudden bans on cryptocurrency trading and Twitter have already put some startups on alert. But a bill to reform NITDA, the country’s technology regulator, is sparking fears among startup founders, venture capitalists, and policy analysts.

The bill aims to support standards for robotics, blockchain, cloud computing, and artificial intelligence, and “promote incentives to encourage private sector investments in the digital economy.”

Good talk, but the bill will also empower NITDA to “completely control technology activities in the country beyond the scope of its original mandate of tech promotion,” believes Adewunmi Emoruwa, a public affairs analyst in Abuja. “It’s a power grab.”

Of particular concern are sections that would empower the agency to “test and approve” new technologies, collect dues from tech funds, and register (and de-register) new businesses. Modupe Odele, founding partner at Vazi Legal, which advises startups and investors, thinks NITDA’s intentions are unclear and unfit for an innovation economy. She believes that “if there’s going to be regulation, then it should be ecosystem-led.”

The controversial draft also seems to contradict the spirit of startup-specific legislation in Nigeria that’s being modeled on innovative laws in countries like Senegal and Tunisia. Plans for a Nigeria Startup Bill started in March and are being led by some founders and investors, in collaboration with government representatives.

To be sure, even this multi-stakeholder startup bill has skeptics who are not convinced of the government’s motives. But it has at least included affected players, while NITDA—like the typical Nigerian regulator who bans motorcycle-hailing taxis or Twitter—has banged the gavel unilaterally.—Alexander Onukwue, west Africa correspondent

Duolingo branches out. The popular language-learning app and website is adding Zulu and Xhosa in 2022, in part thanks to the Trevor Noah Foundation. The two languages are spoken by 20 million people in southern Africa, but will require customized learning programs due to their clicks, writes Carlos Murethi. They join the site’s other African language, Swahili, which has over 360,000 active learners.

The “King of Boys” Returns. Netflix’s first original Nigerian series, premiering on Aug. 27, is a seven-part spin-off of King of Boys, a huge successful 2018 movie by filmmaker Kemi Adetiba. With the cancelation of Queen Sono’s second season last year, Alexander Onukwue explains what the new milestone means for African entertainment and Netflix.

Uganda opens its borders. Uganda is set to temporarily host Afghan 2,000 refugees following their country’s rapid takeover by the Taliban. Carlos Mureithi writes that the country hosts more refugees than any other country in Africa, and is known for its refugee-friendly policies.

Chinese ventures may have a human rights problem. Chinese companies are experiencing mounting allegations of human rights violations. Carlos Mureithi explores a new report that finds that firms based in Africa have the second highest number of human rights abuses recorded over the last few years.

Facebook expands its cable project in Africa. Last year, Facebook and a group of telecommunications companies announced plans for an undersea cable project for Africa connecting 23 countries. Carlos Mureithi reports on the latest countries added to the list, and looks at the project’s significance for internet availability.

We already know that in countries with low vaccination rates, especially where protective measures such as social distancing are hard to enforce, deadly new variants emerge. The danger is even higher in low-income African countries, where it isn’t just hard to find vaccines, but even tests are scarce, so it’s virtually impossible to even identify the size of outbreaks once they occur. Leaving billions unvaccinated will eventually reverberate all over the world, protracting the pandemic, and making Covid-19 increasingly harder to control.

Gamr, the Nigerian e-sports startup, has raised an undisclosed seed investment to scale and deliver new opportunities to African gamers. Investors include emPawa Africa, Adrenaline Gaming, and other angel investors. Gamr, an online subscription platform, offers gamers and tournament organizers an array of services, including organizing their own e-sports tournaments. It reportedly has over 60,000 community members across Africa.

Pngme, an African fintech startup, has raised $15 million in a Series A round for its financial data infrastructure play. Octopus Ventures led the investment, with participation from Lateral Capital, Echo VC, Raptor Group, Two Small Fish Ventures, Unshackled Ventures, Future Africa, Aruwa Capital and The51. Pngme also received checks from angel investors. This comes less than a year after its $3 million seed round.

Can crypto go green? Prices for the cryptocurrency bitcoin are surging again, and energy experts know what that means: Carbon emissions from bitcoin “mining” are about to take off, too. Today, the carbon footprint of bitcoin is comparable to that of a major city. But there are ways for bitcoin to go green—and miners could have a financial stake in doing so.

Our Forecast email lets members see around corners on topics from the tech boom to decarbonizing crypto. Sign up to become a Quartz member and get a weekly look at emerging industries and trends.

A check of $25,000 may not be the largest in Africa’s increasingly liquid ecosystem, where some investors are beginning to question startup valuations. But the psychological boost an initial investment like this can have for female founders can’t be underestimated. Women startup founders are behind their male peers in terms of receiving equity funding, spurring funds like FirstCheck Africa to try close the gap. Alexander Onukwue looks at the firm’s inaugural portfolio to gauge the value of a first check to female African founders.

The latest TikTok star to reach 100 million followers is not a musician, actor, or athlete. It’s a 21-year-old former factory worker living in Italy on a Senegalese passport.

Khaby Lame has crafted a comedic brand that resonates around the world. Only Charli D’Amelio, an American teenager whose dances and other content have attracted 122 million followers, is more popular on TikTok. The mega milestone is earning Lame titles such as “Gen-Z Mr Bean,” writes Alexander Onukwue, and is teasing a template for other creators aiming for a global crossover.

OTHER THINGS WE LIKED

A phoenix rises from the pool. Kat Swanepoel has come a long way to represent South Africa at the Tokyo Paralympics Games. Faced with a degenerative physical condition, sometimes swimming means baring herself to an audience that see Paralympians as people “with a sob story” rather than “high-performance athletes,” writes Karien Jonckheere in New Frame.

The Super Falcons draw strength from their heroes. Despite the increasing popularity (and domination) of the Nigerian women’s football team, it continues to be subject to unfair treatment. For The Conversation, Chuka Onwumechili and Jasmin Goodman describe how a history of protest is inspiring the team’s defiance.

Inside Mozambique’s evolving Cabo Delgado conflict. An insurgency has left 800,000 people displaced and thousands killed, with oil firms circling around vast natural resources. The Guardian’s Neha Wadekar reports on the dreadful human implications of the conflict.

Why Somalia’s grand strategies aren’t working. For nearly a decade, the country has combated its security challenges with “grand strategies”—without consideration for local engagement, not unlike the situation in Afghanistan. In Africa Argument, Liban Obsiye and Liban A. Hussein describe how the fall of Kabul should serve as a warning sign for the Somali government.

Barista abuse. After sharing pictures of his impressive latte art online, Athenkosi Dyonta, a 30-year-old barista in South Africa, received a job offer from someone purporting to represent a high-end cafe in Oman. The BBC’s Kim Chakanetsa describes how Dyonta fell victim to the “kafala” system, a form of legal pseduo-slavery practiced in many Middle East countries, where an employer assumes total control over the employee, for little or no pay.

Reporting on countries other than your own. Join us for the fifth webinar in Quartz’s series, “A Better Kind of Business Journalism.” In a panel discussion moderated by Quartz Asia editor Tripti Lahiri, and featuring journalists who have reported from countries all over the world, including in Africa, we discuss how to report on different communities and contexts with sensitivity and pragmatism. Register here. (Aug. 25)

🎵 This brief was produced while listening to “IYO” by Diamond Platnumz ft. Focalistic, Mapara A Jazz, and Ntosh Gazi (Tanzania/South Africa)

Our best wishes for a productive and ideas-filled week ahead. Please send any news, comments, suggestions, ideas, African TikTok stars, and “King of Boys” reviews to africa@qz.com. You can follow us on Twitter at @qzafrica for updates throughout the day.

If you received this email from a friend or colleague, you can sign up here to receive the Quartz Africa Weekly Brief in your inbox every week. You can also follow Quartz Africa on Facebook.