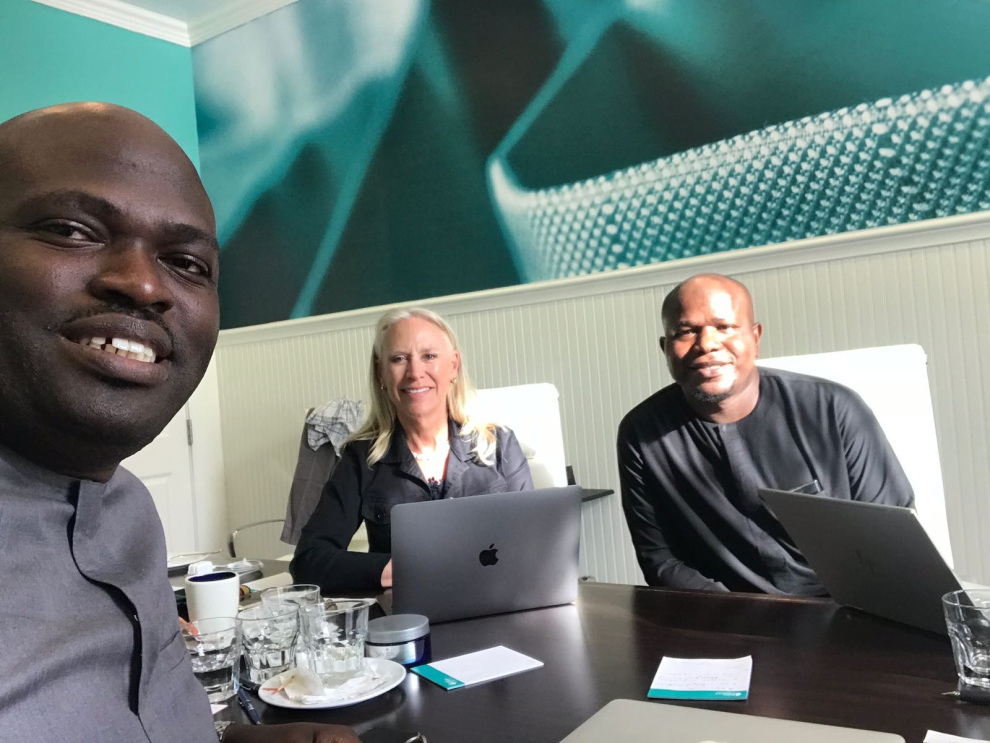 LoftyInc Capital, a pan-African VC firm, announced today that it is launching its third fund — LoftyInc Afropreneurs Fund 3 — at $10 million for tech startups in Africa.

The firm has reached the first close of $5.5 million. Some of the limited partners in the vehicle include those from its second fund, FBNQuest Funds, syndicates from The Green Investment Club, HNIs from multinationals like Google, Facebook and ExxonMobil; and Andela CEO Jeremy Johnson, among others.

So far, LoftyInc has written checks to more than 20 startups since it began raising money for the fund. They cut across various industries like e-commerce, fintech, healthcare, logistics and media in different regions within and outside Africa.

LoftyInc runs three funds simultaneously. The second fund, which is its first formal VC fund, is largely focused on Nigeria. On the other hand, this third fund follows the thesis of LoftyInc’s first fund: investing in startups across different markets and sectors in Africa and the diaspora.

The fund says it wants to take big bets on markets outside the Big Four — Nigeria, Kenya, South Africa and Egypt.

A month ago, TechCrunch covered one of Africa’s most important angel investors, Olumide Soyombo. He is one of the few giants in a game that includes LoftyInc founder and general partner Idris Bello.

Bello likes to describe his 12-year venture into technology and entrepreneurship as an “Afropreneurship journey.” While in business school in the U.S., he realized that the next wave of innovation that Africa as a continent needed rested on the shoulders of up-and-coming founders.

With that in mind, Bello started LoftyInc Allied Partners alongside other entrepreneurs as an enterprise development company. It spun off a technology hub and venture accelerator called Wennovation Hub, and also the venture arm called LoftyInc Capital.

In 2012, the firm launched the first fund — LoftyInc Afropreneurs Fund 1 — as its pre-seed-stage investment vehicle. The fund acted more like a syndicate or an angel group, of which investors includes senior executives in key industries across Africa.

Over 180 business angels are investing via the first fund and have collectively put more than $4 million into 40-plus startups across the continent. Some big names from Nigeria and Egypt origins include unicorn Flutterwave (pre-seed), soonicorn Andela, Trella, Chefaa and Koniku.

Five years later, as the founding partner, Bello teamed up with longtime advisor Marsha Wulff, an early investor in health tech company Teladoc. They launched the second fund, LoftyInc Afropreneurs Fund 2, alongside Michael Oluwagbemi, who also acts as a general partner at the firm.

From 2017 to 2020, LoftyInc wrote checks worth more than $1.2 million in nine rounds to six Nigerian startups — Printivo, RelianceHMO, Epump, YouVerify, Shyft Power Solutions and Flutterwave (at pre-Series A).

Flutterwave serves as LoftyInc’s first exit, one which Bello said returned 3x to its LPs. It was this successful exit that laid the foundation for the third fund.

“When we exited our Flutterwave stake in February, our LPs wanted us to raise and put together another fund because we made returns for them. At first, we wanted to do a $2.5 million fund but after making enquiries from LPs, it rose to $4 million. Then eventually we just decided to make it $10 million, so we could invest in more startups,” Bello said to TechCrunch.

But when you look at Bello’s status in the African tech ecosystem and what similar Africa-focused funds are raising these days, one may wonder why the investor isn’t raising more.

His answer to that:

“I always say this — my approach is very different. I’m quite organic, which is evident in how we moved from a group of angels to LPs. I feel once you get up to $50 million to $100 million, your problem becomes good deployment, especially in Africa. And what I’m doing is to build a smaller base to a pyramid so when I’m raising a large fund, it won’t be a problem deploying the funds.”

Another point he makes has to do with the limited partners involved. Most of the firm’s LPs in this third fund hold C-suite and managerial positions in banks and other multinationals. Bello argues that if Fund 3 can make good on its promise to make fantastic returns for these individual LPs, it will be a no-brainer to onboard the institutions they work with for a bigger fund.

“We want to build an ecosystem of African investors. After that, we’ll start building up the institutions to also partake in making investments.”

LoftyInc has a robust deal flow and views about 30 decks per week, according to Bello. He says the fund receives this much flow because the founders of portfolio startups are the firm’s strongest source of proprietary deals. And that’s what he thinks differentiates LoftyInc from other VC firms.

For instance, in a brief chat with TechCrunch, Andela CEO Jeremy Johnson mentioned that before anyone knew about his startup, LoftyInc already backed him. And to him, it only makes sense to do the same by sourcing deals and investing in the fund.

In addition, the firm, via its first fund, also has an extensive investor base of African origin who live in and outside the continent. Per Bello, this angel network doubles as venture scouts for the firm.

“We usually invest before any major investor does, hold the hand of new founders, source their initial clients within our large portfolio of over 65 African startups and our large African-based angel and LP network.

“We also provide meaningful introductions to regulators, partners, mentors, top hires and experienced board directors. Also, founders want us in their deals because they have seen us attract both early and later-stage investors to prior ventures.”

In terms of what LoftyInc looks for in companies it invests in, there’s a bias toward those who go for a large market with little or no competition, a product that users love and execution.

As with most VC firms out there, LoftyInc claims to be sector agnostic. However, there’s some affinity toward startups playing in the IoT, fintech and health tech space, Bello said.

LoftyInc’s first fund, mostly catered to by angel investors, is most bullish at the pre-seed stage. This year alone, the group has done over 50 pre-seed deals. For the others, the focus is on seed to Series A deals, with an average ticket size of $250,000.

While LoftyInc’s target for Fund 3 is $10 million, Bello tells TechCrunch that the firm is hoping to achieve a final close above that figure before the end of Q4 2021.