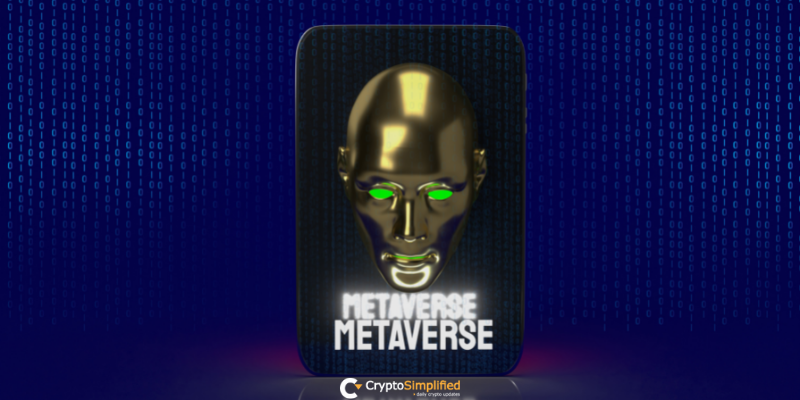 Before Mark Zuckerberg publicly showed up to share the idea of Metaverse, hardly anyone knew about it. Many still have no idea and there’s no shame in embracing this fact, but after having this 10-min guide read, you’ll have everything you need to know as far as the Metaverse is concerned.

The hype is surreal and to quench your thirst, I’ll be breaking it down to steps that are easy to get a hold of. Without wasting any time, let’s dig right into it.

Have you ever been to a 3D-Motion ride? If it’s a YES, then you’ve given Meta a try, although unconsciously but you did.

It’s precisely the scaled-up version of those motion rides we used to die for in our childhoods. The circled claim around Meta is the 3D experience of any event that we’re used to but in 2D.

Is it confusing? Let me unwrap it for you.

See, if you can watch a 2D video of a concert of your favorite artist, thousands of miles away, the same can be savored in 3D with the advent of Meta technology. In a nutshell, Meta is an advanced version of three-dimensional virtual reality to let you & I feel and live the originally distant events.

How did it come into existence?

The term incarnated back in 1992, from a fiction-based novel-Snow Crash, written by Neil Stephenson.

A decade ago, virtual economies nudged their way in and settled all the way. Trade of goods virtually became a norm with the emergence of multiplayer online games where users invested part of their financial value into a commodity that never had a physical existence. For instance, Player Unknown Battle Ground and games like Minecraft, Roblox and Fortnite have already touched a minuscule of the metaverse. These companies are constantly researching to introduce a full-fledged metaverse-based platform. It’s more of a cusp to the next internet, as Web 3.0 is right there at the corner, glancing with a huge Joker smile on its face. It integrates technologies to augment reality artificially but in tangible terms. The statement sounds contradictory but it’s now on the verge of being accepted as a norm with the aid of virtual reality devices.

NFTs, what are they?

Meta is a broad term and it’s now known to be the authority administrating over other concepts supporting virtual reality. One of the examples is the NFTs (Non-Fungible Tokens).

NFTs are digital commodities that you can buy from anywhere in the world. With the emergence of the Metaverse, NFTs soared up in their monetary values given the fact that people now would be inclined to get hold of digital stuff and use them in their artificial world. One of the benefits that it brings with itself is the decentralized mechanism that it’s backed by. In simple terms, it basically kicks any third party out, claiming authority over your digital asset.

Just to understand, take an example of Banks-they are centralized controlling the money and transactions. The exact opposite is the system NFTs are driven by, so tighten yourself up for the adventurous and liberating experience with the NFTs and eventually the Metaverse.

How can you invest in Metaverse?

There are a multitude of ways of investing in Metaverse, but it purely would be your decision. As the industry is quite volatile as of yet, we’ll just be sharing what avenues you can explore.

As said earlier, the companies are on to build their metaverse, including the inculcation of NFTs, leading us to the usage of a particular type of token.

You can head to CoinMarketCap and check out the list of these coins and invest in them.

So, the Sandbox has designed a map where you can buy property in advance and this property can later be sold, with you keeping the profit. The idea revolves around buying/selling land in a metaverse launched by Sandbox. Later games will be built over these lands. You’d then have the liberty to either sell them off or retain them to let the price soar.

As in the picture, there are photographs of the patches of land bought by entities. So you can participate and own any patch of unbought land.

Apart from land, there are other options that you can explore and can definitely give them a try, as they too are incredible. In a virtual world, there would be avatars of your personality and that entity would represent you, right? Keeping up with this, different marketplaces have introduced a collection of wearables that can be bought/sold online.

As the concept is in its infant stages, you may have a good chance of making money out of it. Let me share a screenshot of how the e-commerce platform of NFTs look like,

Here in the attached photograph, you need to have Ethereum in your wallet in order to buy these NFTs; that’s the reason Cryptocurrency is such a pertinent subject when it comes to Metaverse.

If you’ve been with us throughout the guide, you already have an idea how Metaverse will engulf the whole of Earth in the future. Your target as a buyer should be to keep an eye on companies that are in the process of building the infrastructure for Metaverse, makes sense? See, like Facebook, spot companies who directly or indirectly have anything to do with the Meta world; this includes the direct involvement of their product or even their services in the meta-universe.

The most obvious one is Facebook, then there are:

Let’s now see what benefits Meta will bring in the future.

With these developments, the future looks absolutely stunning.

Well, the metaverse is a world that’s incredibly vast and here in this guide, I’ve tried to break it down into steps to communicate what’s been kept.

So, now you know what precisely the Metaverse is and how you can benefit from it. If you still have questions, you’re more than welcome to leave a comment below. We’ll reach out to you.

A Dummies Guide to the Metaverse