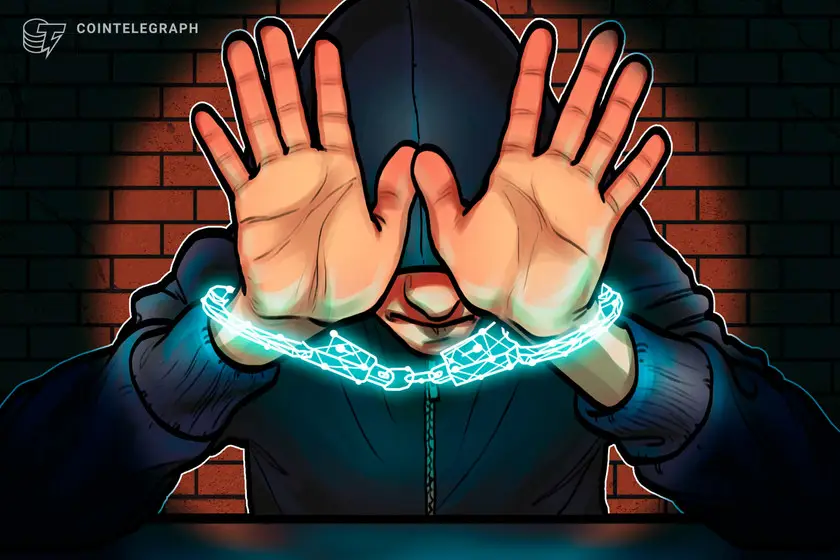 The man behind a multi-million dollar cryptocurrency scam has pleaded guilty to fraud this week according to the United States Department of Justice.

Ohio man Michael Ackerman could face up to 20 years inside following his guilty plea for defrauding investors in a crypto scam he orchestrated in 2017. The too good to be true scheme lured hundreds of investors who deposited USD into a crypto fund called the Q3 Trading Club, which promised 15% monthly returns.

U.S. attorney for the Southern District of New York Audrey Strauss announced the guilty plea on Wednesday, stating that Ackerman admitted to causing losses of more than $30 million from victims.

“As he admitted today, Michael Ackerman raised millions of dollars in investments for his fake cryptocurrency scheme by falsely touting monthly returns of over 15 percent.”

Strauss added that he falsified documents to convince investors that his fund had a balance of more than $315 million. In reality, the balance of the fund was never over $5 million, according to the Department of Justice.

The 52-year-old pleaded guilty to charges of wire fraud and agreed to make recompense of at least $30 million while forfeiting $36 million in cash, real estate, and jewelry that he had fraudulently acquired. Ackerman is due to be sentenced on January 5, 2022.

He was initially charged by the Securities and Exchange Commission in February 2020 for violating securities laws. At the time, it was reported that he targeted physicians, particularly via a private “Physicians Dads Group” on Facebook.

Ackerman, who was a New York Stock Exchange institutional broker, operated as part of a trio that included James Seijas, a former financial advisor for Wells Fargo, and surgeon Quan Tran.

Victims of the scam sued Wells Fargo in April 2020 for failing to investigate the activities of an employee.

How to Buy Bitcoin in Nigeria