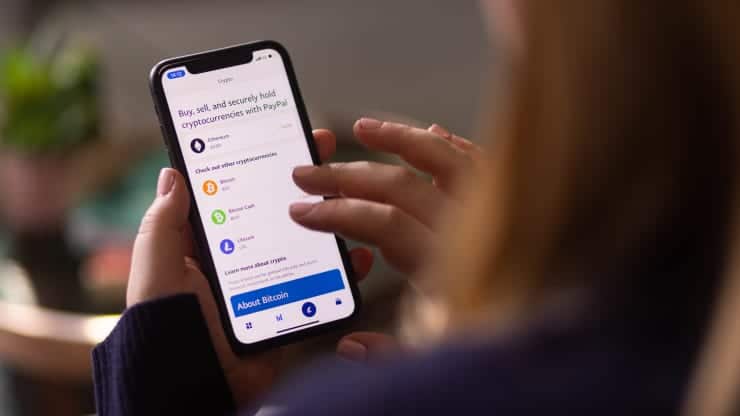 LONDON — PayPal is launching its cryptocurrency service in the U.K.

It marks the the first international expansion of PayPal’s crypto product, which first launched in the U.S. in October last year.

“It has been doing really well in the U.S.,” Jose Fernandez da Ponte, PayPal’s general manager for blockchain, crypto and digital currencies, told CNBC. “We expect it’s going to do well in the U.K.”

PayPal’s crypto feature lets customers buy or sell bitcoin, bitcoin cash, ethereum or litecoin with as little as £1. Users can also track crypto prices in real-time, and find educational content on the market.

Like the U.S. version of the product, PayPal is relying on Paxos, a New York-regulated digital currency company, to enable crypto buying and selling in the U.K. PayPal said it has engaged with relevant U.K. regulators to launch the service.

A spokesperson for the Financial Conduct Authority, Britain’s financial services watchdog, was not immediately available for comment on the announcement.

PayPal’s crypto service is similar to one from U.K. fintech firm Revolut. As is the case with Revolut, PayPal users can’t move their crypto holdings outside the app. Although Revolut recently started testing a feature that lets users withdraw bitcoin to their own personal wallets.

PayPal says its foray into crypto is about making it easier for people to participate in the market. “The tokens and coins have been around for a while but you had to be a relatively sophisticated user to be able to access that,” da Ponte said. “Having that on a platform like ours makes a really good entry point.”

The payments processor is one of many large finance companies taking a leap into the mostly unregulated world of cryptocurrencies. Despite ongoing concerns about price volatility, consumer protection and potential money laundering in the industry, major firms including Mastercard, Tesla and Facebook have been warming to crypto lately.

Bitcoin, the world’s biggest digital currency, hit a record high of nearly $65,000 in April before tumbling below $30,000 in July as Chinese regulators extended a crackdown on the market. It has since recovered to a price of $48,400.

While PayPal started with crypto trading, the company is betting digital currencies will take a greater role in e-commerce in the long run. Earlier this year, PayPal started letting U.S. consumers use crypto to pay at millions of its online merchants globally. The firm also expanded crypto buying and selling to Venmo, its popular mobile wallet.

“We definitely have ambitions to continue to expand the product range in the U.S., the U.K. and other markets,” da Ponte said.

“We are very deliberate about starting with initial functionality, and then we’ll see where the market is going to take us. Different markets have different appetite for products.”

The launch of PayPal’s crypto service in the U.K. also comes as regulators become increasingly wary about the rise of digital currencies. In June, the FCA banned the British subsidiary of Binance, the world’s largest crypto exchange, citing a failure to meet money-laundering requirements.

“It makes sense that, as there is increased consumer interest and increased volume, the regulators are putting more attention into this space,” da Ponte said, adding that PayPal has built “strong regulatory relations.”

Meanwhile, central banks are exploring the potential issuance of their own digital currencies, as cash use in a number of developed countries dwindles rapidly. In April, the U.K. Treasury and Bank of England said they would evaluate the potential launch of a digital version of the British pound, dubbed “Britcoin” by the U.K. press.

Da Ponte said central bank digital currencies, or CBDCs, were a “fantastic prospect” but it would take policymakers some time to iron out the key issues involved.