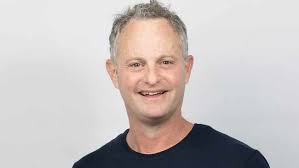 Payflex, the first and largest BNPL player in South Africa, has grown from a base of 70 merchants in 2019 to more than 1 000 active merchants, including brands such as Superbalist, Cotton On and Runwaysale. More than 135 000 customers have used Payflex, five times the customer base of 25 000 a year ago.

With a presence in 12 markets across five continents, Zip plans to grow the South African business and expand into other African markets with sizeable underbanked, digitally savvy populations that would benefit from innovative payment solutions, the companies said in a statement.

Paul Behrmann, the founder and chief executive of Payflex, said: “The growth of Payflex over the past few years has demonstrated the demand for BNPL in South Africa. Zip’s acquisition will boost the speed and scale of Payflex’s expansion, and allow merchants and shoppers to benefit from Zip’s world-class products, platform and global reach. It is also a significant vote of confidence in the all-South African Payflex team, which will remain unchanged and focused on growing the business.”

Larry Diamond, Zip’s managing director and chief executive said: “This has been a truly transformational 12 months, as Zip has continued to deliver, despite the most exceptional global economic conditions. We started the year with a clear strategy for global expansion, and we have seen record growth, ending the year with $5.8 billion (about R83bn) in total transaction volume, and more than 7.3 million customers and 51 000 merchants around the world.”

The BNPL model allows qualifying Payflex shoppers to split the cost of their purchase into four equal instalments, payable over six weeks, interest-free.